We flew down to Melbourne ( a mere 1 1/2 hours from Sydney ! ) with the intention of driving along The Great Ocean Road. The Great Ocean Road runs from Geelong, through Torquay, Lorne, Apollo Bay and Port Cambell, finishing after about 100 miles or so in Warrnabool. It's famous for it's beautiful coastline and forests. We picked up a car ( thanks Shane ! ) and headed off....

It pretty much lived up to it's billing. Have a squiz at the photos.

I'm not going to attempt to describe the coastline ! 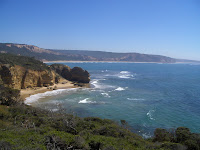 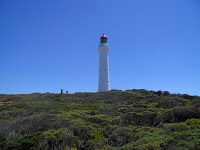 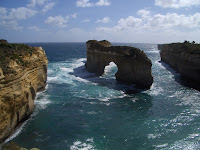 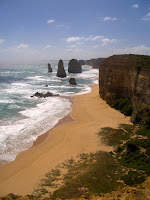 And the forests ( including more Koala bears than you could shake a stick at ) were pretty good too. Whatcha reckon about that fern Dr Bob ? 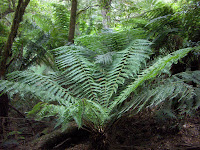 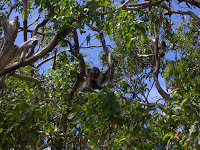 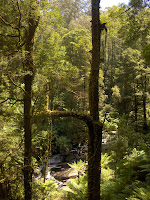 Here a couple of vids. First a sweep of the coast near Torquay and then some high speed Koala manouvres.